By looking at the online presences of a few Hulabee Entertainment alumni, I discovered that the company was responsible for a series of four Treasure Planet-themed mini games published by Disney Interactive in 2002. Their names are Ship Shape, Treasure Racer, Broadside Blast and Rock Rescue (renamed to Etherium Rescue for a later release). All four of them can be installed to the same location, with a simple menu allowing you to choose between the ones you have.

It seems the latter three were initially distributed through McDonald's Happy Meals, with Ship Shape being unlocked when all three of them are installed. But I also found comments from people who got the games through cereal boxes. A bundle with all four games was also sold under the name Disney's Treasure Planet Collection. The games also made it to Germany in the form of a bundle with all of them except Rock / Etherium Rescue, which was sold separately.

Being one of Hulabee's earlier games, they use a build of Sauce that doesn't work on all modern PCs. Thankfully, I was able to find a patch. It won't work if you didn't install the games properly. In that case, you can extract the patched executable with programs such as 7-Zip.

Overall, these games arguably have the best non-adventure gameplay of Hulabee's known history. Which isn't saying much, considering their non-adventure lineup consists of such masterpieces as Sonny's Race for Chocolatey Taste or Casper's Spooky Swap. Still, they had some effort put into them, even if they're all pretty flawed.

If you want to check them out, copies are still floating around on eBay.

Finally, an overview of the games themselves, starting with Ship Shape: 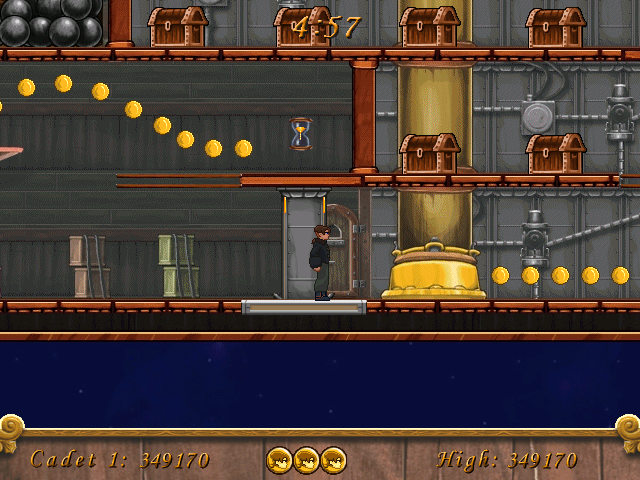 A Donkey Kong clone. Can be rather frustrating at times because the camera is zoomed in a bit too close for its own good, which often gives you fairly little time to react to obstacles. Thankfully, the time limit usually isn't very harsh, so you can afford playing cautiously. Plus, the game hands out extra lives pretty generously so long as you collect a decent amount of treasure along the way, so it's fairly easy to recover lost lives. However, there's not too much of an incentive to get treasure when you've already got four lives to spare. That's the cap. Also, the game only has ten levels before it starts repeating the old ones. It claims to make them harder on replays, but I didn't notice any differences. I stopped playing at Level 26 after getting bored, so I don't know how far the game goes. I never got a game over, but I'd assume this forces you to start over. 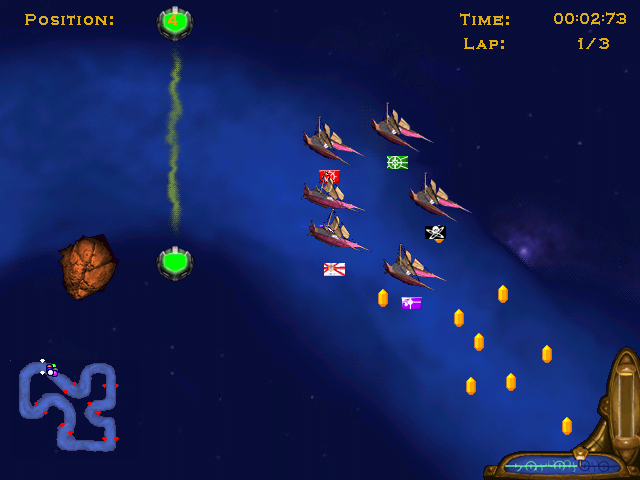 An isometric racer whose challenge mainly lies in mastering the handling and finding the right spots to use your boost. It's a pretty simplistic affair, but there is some fun to be had in trying to overtake your opponents. Sadly, that fun quickly disappears when you're in the lead due to the game's reverse-rubberbanding. At this point, the abundance of collectables you can now get quickly makes you unstoppable, therefore turning the rest of the race into boring routine. Also, the developers must have really liked the term "Arcturian solar crystals" because the game will inform you about them every 5-10 seconds on average. It's not quite as bad as "I picked up a bonus puzzle piece" since there are at least multiple voice clips here, but it's still really annoying. There are a total of 30 different combinations of tracks and ships available, and the game lets you freely select any you have unlocked. 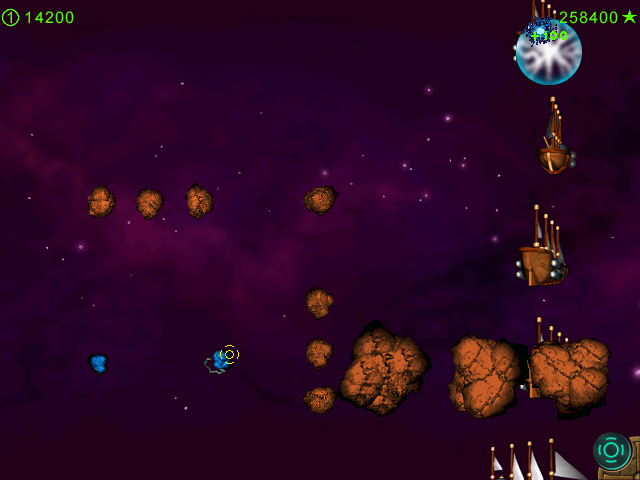 A shooting gallery that alternates between four different modes, each of which requires a different strategy. Thanks to this, there is a surprising amount of variety. However, impulse mode is by far the most annoying. While conceptually interesting, it requires far too precise timing and aim to hit anything reliably, which makes some later levels in it a real nightmare. The other modes are more fun, though they're all held back somewhat by the fact that its cursor speed seems to be bound to the fairly low frame rate of the gameplay, which reduces precision. The game gives you unlimited continues and saves your progress (but not your current run's score), but I wouldn't recommend trying to play it all the way to the end. It doesn't take too long for it to run out of levels and repeatedly recycle old ones with various minor alterations, gradually making them harder until some of them become near-impossible. I don't know where the limit is, but I gave up at level 171. 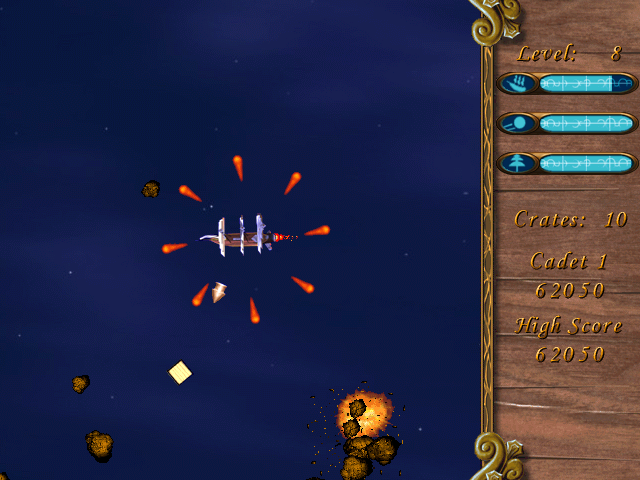 Fairly reminiscent of Asteroids, albeit with far less of a need for precision. The focus lies almost purely on action with little need for strategy. Once you know what you're doing, it can quickly become pretty easy and mindless, though things get tougher when you take a few hits and suffer a clear reduction of your abilities. You have to start over after losing, so it's hard to find out when it ends. I made it to level 25.