I found a website that has most of the game music on it. http://humongousentertainmentmusicsoundtracks.bandcamp.com/music 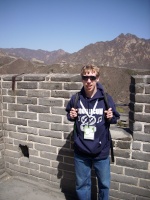 Dont tell me Tommo is behind this, these sound like Mr.831's music, these are just rips from the game - it be nice if they where the original

These are literally stolen from Mr. Eight-Three-One from what I can tell. I'm so mad at Tommo. Nothing Tommo has done with Humongous has said "effort", or "we give a shit about these games", which I'm pretty sure isn't a good business model. They remove my Full Soundtrack videos, then they steal from Mr. 831, do they seriously not have the time or resources to do it themselves? Ripping the music for these games is very time consuming I know, I've done it on my own time, and then the extra step Mr. 831 took to figured out all by himself where the songs played, naming them and uploading every single song in it's own individual video is an insane undertaking, and he did it. And then Tommo just comes along and puts in 1000 times less effort and care and puts the music on bandcamp. Also they just copied and pasted the names of the songs from YT and didn't even bother to do any research. No one support this, rip the music yourself to be honest, or watch HumongousSoundtracks, and listen to music uploaded by someone who actually cares about these games.

I'm pretty sure Tommo isn't behind this, if they were they probably would have made some sort of announcement on their social media about it. Also, that page has soundtracks to some of the Backyard Sports games, which Tommo doesn't have the rights to. I could be wrong of course, but I'm just giving my two cents.

although that may be true, J2xp has many of good points of what tommo has done, If this is the cause of tommo, F them, if its because of a fan I say good try - You never know tommo could take advantage of there rights and post Backyard Sport

Actually, not all of these are from mine -- a few of them seem to be from Jack McCarthy's unnamed uploads. Also some of the naming is seriously messed up. In short, not to sound arrogant, but this is a DOWNGRADE from my channel. I don't think anyone would support it anyway. I also doubt these are from Tommo, given the points said above. I love how they didn't even know what the composers were unless I specifically stated it in the description (I really need to go back and finish crediting them, they deserve it).

Yeah, I've been quite mad at Tommo. To be fair though, I really am not as surprised as I should be. Their track record is...sketchy, to say the least. And in some cases, highly ironic. I've been scared for my life to upload more HE game music; J2xp's fiasco has made me question why I have not been targeted.
_________________

In addition to what everyone else has said, I'd like to say that Fatty Bear and Buzzy are also present here. While I do believe Tommo owns them, they sure don't seem to be showing any interest. The description is also very blatantly copypasted from wikipedia and while I don't doubt Tommo's lazy enough to do that too, I doubt even they'd be so lazy and leave in the [1] citation[citation needed]. Something's fishy here, and it's not Freddi.

Okay I made the bandcamp site myself. It's a fan made site. I apologise to MrEightThreeOne for not giving him credit. I fixed it and made links to his youtube Humongous Soundtracks page and this page as well. I downloaded all the music that MrEightThreeOne posted and I'm helping him share his work.

If nothing else, I wish you hadn't done that because the audio quality on youtube really, really sucks.
EDIT: And I just now realize you're the OP too.

You know this kind of turned into a big mess, I think it's nice a fan try to do something for these games, I respect that! And we all now know Tommo did not do it, so mr.831 can you lock the topic, and maybe delete our replies?

I accept your apology Windows TV. I forgive you.