Junior Adventures Network :: The Technical Side of Things :: How Do I...?

Bit of a long-shot question here, but I saw the thread regarding renaming the *.W32 files to work as 32-Bit executables, so I'm looking if anyone has a solution to the following;

Has anyone found a way to run some of the newer HE games (in this case Spy Fox 2) in let's say, Windows 3.1?
Just by looking at the evolution of the games, it doesn't "appear" to feature any new major leaps in the engine tech.
Obviously with Spy Fox 2, the 32-bit EXE is a no-go on a 16-bit OS. 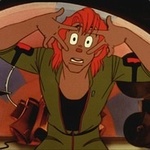 I thought 32-bit support was an optional add-on for Windows 3.1. Unless I'm mistaken, all HE games that support it only ship with a 16-bit launcher that checks if 32-bit support is present and offers to install it if it's not.

The main executables have already been 32-bit since the first Freddi Fish, which is why most of them still work on modern systems.

Did you ever run a supported HE game under Windows 3.1?

Win32s for Windows 3.1 contains only a subset of the full Windows 32-bit specification as featured in Windows 95 and NT. In order to be compatible, applications must usually be intentionally be built for the limitations of Win32s. (Sometimes a very simple 32-bit application will work by coincidence, however.) The last version of SPUTM compatible with Windows 3.1 was the one shipped in Freddi Fish 4, as such, Spy Fox 2 and subsequent Humongous games cannot be played on Windows 3.1. (However, the bean player used in .cup format previews such as those for Backyard Baseball or Spy Fox 3 was never updated to a newer version incompatible with Windows 3.1. As such, the non-interactive Spy Fox 3 preview does in fact run on 3.1! Oh, and in case you were wondering, Backyard Baseball officially supports Windows 3.1, I just used it as an example as it's one of the more well-known bean previews.)

Junior Adventures Network :: The Technical Side of Things :: How Do I...?