Hi guys, this is Pizzaking27. Sorry I haven't written to you so soon, but so much has been happening, lately! I'm 17 years old now, I still love the Lion King (I think there's a fanbase for the hyenas somewhere on deviantArt) and hate Teletubbies (not don't like. HATE!) but (maybe you know this already, but) most notably I have also gotten into cartoons, recently. My older sister is going to university soon, and she's currently learning to drive! I'll really miss her though... but she WILL be coming back on special occasions, which is surprising! And... oh I just noticed! It's nearing Christmas already, so here's an early present to you: me coming back and showing you my favourite cartoons. Some of which you'll be jealous because they never were broadcast in America! It would take me all day to list all of them, so I'll stick with the highlights: 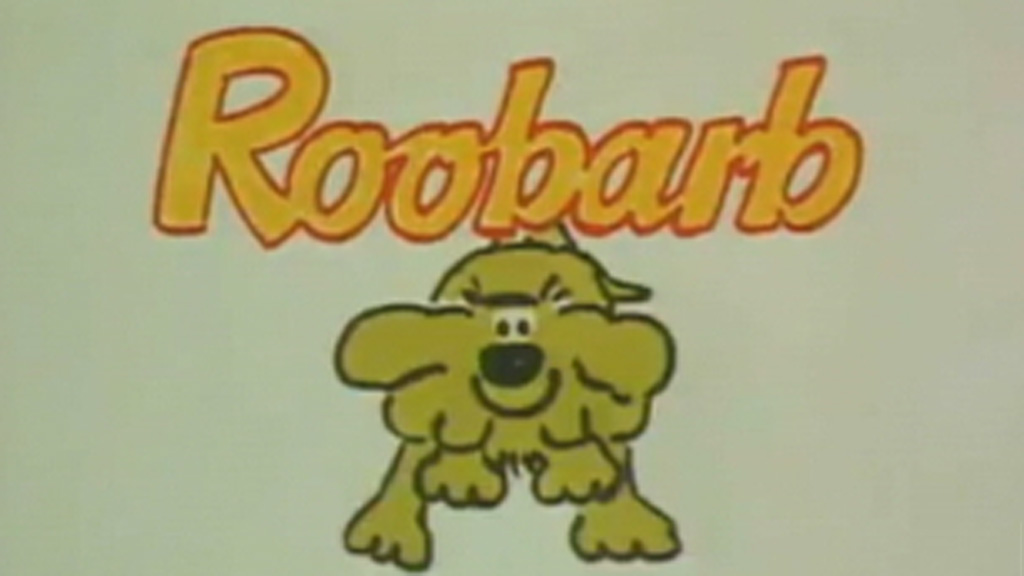 This one's my favourite cartoon from the 70s. It stars a green dog who comes up with ideas only for everyone to laugh at him as things don't go as he'd planned it while a pink cat called Custard made remarks. The cartoon is best known for its animation: it wobbled! It was narrated by the lovable Richard Briers, who sadly passed away last year.

This cartoon is about a clown who ended up on the island that is known as Merrytwit after accidentally falling asleep while on a fishing holiday. The islanders, a Fanservice duck called Lewis, a stupid elephant called Arnold, a fat gorilla called Edward, a jolly dragon called Bert, a busy shopkeeper called Trader Jones, a hover fairy called Mary, and finally their queen, a sailor woman who is addicted to making lists called Captain Mildred, made him feel at home on said island. When I first watched this cartoon I thought that, judging by the theme song, it'll be fun to watch, but when the episode started it was animated in stopmotion compared to the Chuck Jones traditional animation the intro used. I couldn't even tell what the characters were supposed to be, even when their species were addressed. They looked more like prototype models of characters from the early Pixar shorts than what they REALLY are. So I was REALLY freaked out. But now that I'm older, I find it funny, and it shows!

anyway, this cartoon is about a teddybear (whose mother died, apparently) and his father who worked in the circus (like the second cartoon) and somehow landed in a swamp. They make new friends there, and the father gets a job as a taxi driver, while Kissyfur himself goes to school. The show was produced by DiC Entertainment of Inspector Gadget megasuccess, but most notable is the creator, Phil Mendez, who also worked on the first two Mr. Men cartoons. Mendez also worked on Blinky Bill and Rudolph the Red Nosed Reindeer: the Movie (1999). I think this is such an underrated cartoon, don't you?

This is a cartoon about a free range kid called Simon whose chalk drawings come to life. But only in the Land of Chalk Drawings! And only Simon can enter it by climbing up a ladder. I love this cartoon because of how weird it is. Kinda reminds me of the Lorax in a sense.

The evergreen forest is a peaceful place to live. Most notably if you're the eccentric and noisy Bert Raccoon. His brother and sister, Ralph and Melissa, are here to help him on his adventures around the forest, along with his sheepdog best friends, Schaeffer and Broo, owners of which are three humans, Forest Ranger Dan and his son and daughter, Tommy and Julie. Two of Bert's friends, however, Sophia and Cedric, are son and daughter of a weird...echidna...thingy... Cybil Sneer! A madman trying to stop the Raccoons dead in their tracks so he can make money. So he has bears, alligators and the Three Little Pigs as his minions, but that won't stop the Raccoons! In this cartoon, all signs point to funny! The animation is funny, the sounds are funny, even the character designs are funny! But seriously, what did you expect from an actionpacked Canadian cartoon like this?

This cartoon I believe teaches children about special needs (autism, asperger's, ADHD, etc.) because there's a message hidden in this cartoon that even though everyone is different, we can still work together and help each other. It is about seven dolls who were reject victims due to an accident found with them. The dolls are:
Sad Sack, a doll who was too pricey to make because he was so fat, so now you can't even tell if he looks humanoid or not.
Dotty, a doll who got blue paint over her dress. Surely they could have went with it anyway, but they decided she was a nono.
Back to Front, a doll whose name says it all. His head's on the wrong way round.
Lucy, a doll with loose limbs. Very useful at times, though.
Claude, an import doll who had fallen out of a crate heading for France. Other than that, there's no reason why he was rejected.
HiFi, a doll who talks with a terrible stutter due to falling from a great height in the testing room.
Princess, a doll with a dress in awkward fabrics, despite being the latest doll.

You know what? I think this is a good message to tell autistics. (even non-autistics will get it) 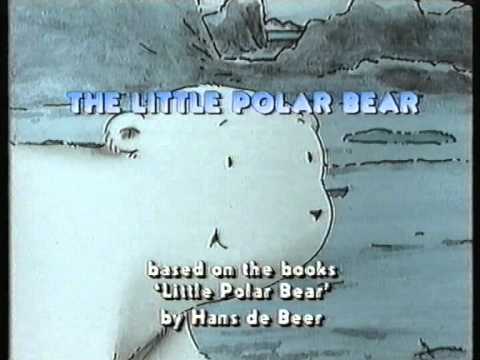 This is a cartoon about a polar bear cub called Lars, who has lots of fun and adventures in the North Pole. It's a really good cartoon. It's based on the books by this guy named Hans de Beer. That name tho! It makes Drunk Science all the more amusing! Maybe alcohol helps the author to write the LBP stories! LOL

This is a cartoon I used to watch on the teatime Nick Jr. block Noggin. I'd love to see it again one day! It is about a family of mouse-like creatures who resemble the Smurfs in terms of nature. The cartoon is narrated by Gay Soper! Another weird name! Ha! :P

UUUUUUUUUUUUUHHHHHHHHHHHH!!!!!!!!!!1 Ugh! Oh my god! This cartoon? My mom thinks this is a funny cartoon due to its adult humor. So she bought the complete series DVD and she let us watch it with her and man, it was crap! Even if it was trying to be as funny as normal adult comedies, it made zero sense at all, they did no research for it, and it was more limited than usual! I did laugh when I first saw it but when I watched it again, I thought that something was terribly wrong. In America they changed it so that only Eric was American and made it so that it was about an American living in Britian. This only made things worse enough for you guys even without the changes. Even though it has one pro, and that is the fact that it was animated by Klasky Csupo of Simpsons smashhitness, it is plagued with limited animation, underdeveloped characters, confusing scripts, horrible physics, loads of plotholes, weird editting, and above all just plain crap! So, Mr. 831, if you're reading this, you and Jamie are probably gonna hate it just like me.

Rupert the Bear, on the other hand. That cartoon feels much nicer to me. Not only is research not missing, it's also very interesting, too. The scripts, too, are much better here. Overrall, this cartoon is way better. It is also kinda cute, too! Oh, and said cartoon includes dragons! Yes, really! A lot happier than the above cartoon as well! The only quirk with it that comes to mind is that in some episodes new characters, such as Horace Hedgehog, an Irish grasshopper, a mention of a character called "Ol' Doc Lion", and Lilly Meadowlark in Song Snatcher will appear when the plot doesn't even need them or they're not even part of canon! This is most notable in episodes written by a woman named Nicola Jane Barton. But that's FAR from a con. I'll take that over the various features in Stressed Eric such as speech getting cut off before the end of a sentence and even characters saying the same thing multiple times and once in a different way. One of my favourite episodes is Rupert and the Dragon Festival!

Not cartoons, but I found that both of these games' music were composed by Tom McMail, who also composed the music of Putt-Putt Joins the Parade and Fatty Bear's Birthday Surprise. And these games were released in 1992, the same year as Parade. Justified because Tom used to be a Manley and Associates regular and sometimes would go so far as to recycle the songs in a couple of games. (Farm Intro Music = Farm tune in Storybook Weaver Deluxe; Main Street = Main theme for an American Tail: Fievel goes West) 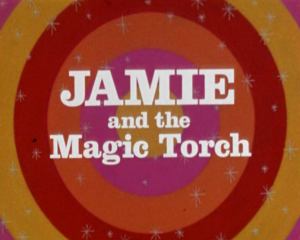 This is a cool cartoon! I think everyone should watch it! It stars a boy and his dog getting tucked to bed every night, but once his parents are gone, that's when he gets out his torch and shines it on the floor, leading to the helterskelter towards a silly place called Cuckooland! There, he meets Mr. Boo, the mayor of Cuckooland, Strumpers Plunkett, the human trumpet, Jojo Help, the handyman service, Nutmeg, the ragdoll, Bulli Bundy, the evil showbusiness rabbit, Wellybob, the cat who does everything backwards, and finally the Yoohoo bird, the fastest bird in the world. So basically, it's Teletubbies minus the evilness and plus the heaven. It also features one of the best theme songs of the 70s! If you haven't seen it yet, check it out! 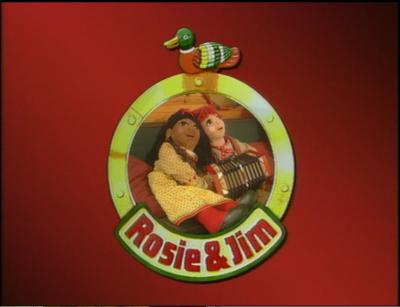 Have I shown this to you, yet? Ah, nevermind... anyway this is a cartoon about two naughty ragdolls who live on a boat with their pet duck and come to life when their owner isn't looking. Quite a peaceful premise to the cartoon, don't you think? 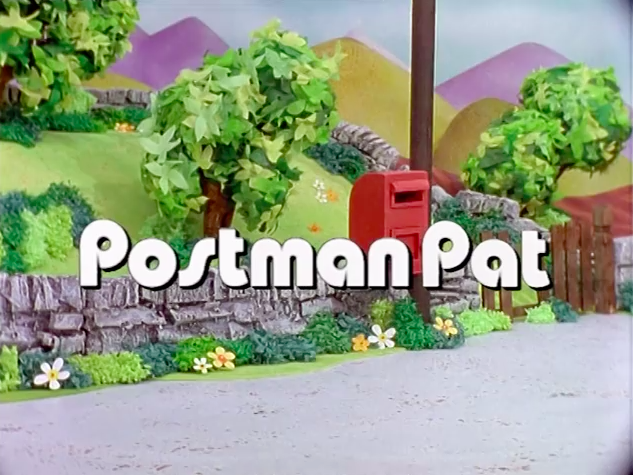 A postman?! What's so exciting with a postman as the protagonist? Well, I'll tell you! Postman Pat is a very helpful postman eager enough to help his friends out with his trustworthy assistant, Jess, his black and white cat! This is one of the few cartoons that holds up when you're an adult just as much as it did when you were a kid. I'm one of those cases! 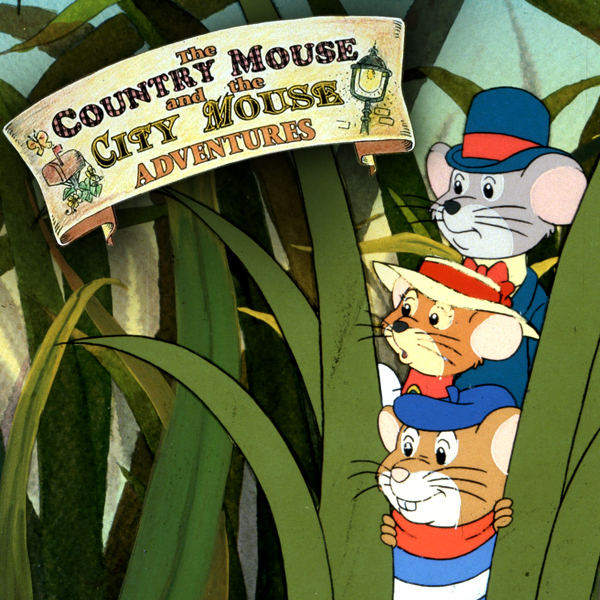 The only reason I mention this cartoon is because my parents think I might like it. They're right! Even though it has its moments, it can be kinda cute and very entertaining. It is inspired by the original Aesop's Fable and the animation is just wonderful!

This isn't cool. IT'S AWESOME!!! It's one of the funniest cartoons ever in my opinion. Don't be fooled by the fairy tale-ish feel, it's a cult classic! i think you should know about this cartoon! It is one of the best ever! And my favourite character is Carwash, despite him only getting 1 minute of screentime. He's so clever!

I might do more soon, but I don't want to be late for everything, so I'll have to leave it like this. Don't forget, though, Merry Christmas! And it's glad to be back to my old self! Playing my videogames! I have so many questions to ask but I don't have time to, now, but I'll ask them on the forums when i get a chance.

Also, does anyone know anything about this?: http://legendsworld.net/