Just wondering: If you were asked to create a new Junior Adventure, which character would you use and why?

From a professional standpoint, Pajama Sam would be the best bet since he seems to be the most popular.

But personally, I'd go with SPY Fox because he has the most adult appeal. So making a new adventure for him would have the greatest fulfillment for myself, and maybe for veteran fans too.

Are we discussing plot ideas? I have a few:

SPY FOX: Take a look at this tweet. A couple fans seem eager to give SPY Fox a time machine, which is a fantastic concept. Picture it: A villain changes history, and SPY Corps watches in bewilderment as the present changes around them. With everything out of sorts, Quack builds a time machine and sends SPY Fox back in time to fix things. This would build on SF3's geographical exploration and add historical education to the mix. And he could run into Bea's ancestor!

PAJAMA SAM: What if Sam fell right into his Pajama Man comics? He could explore a stylized comic book world. Pajama Man's in trouble, and Sam has to get items for the Lunchboxers so they can launch a plan to save him. It would be a great use of all the Pajama Man characters, and it'd be nice to see them animated and voiced.

FREDDI FISH: A mystery that puts Freddi and Luther themselves in danger would be interesting. Not just at the end, mind you, but an issue wherein the culprit would try to thwart them from the very beginning. A smart villain would come up with says to throw them off track early on, instead of simply noticing that they're snooping around at the very end and trapping them on the spot.

Not sure about Putt-Putt. I mean, that guy's been to the moon and back. Literally. Where has he not been at this point?

I noticed that Putt-Putt's games follow in cycles, looking at the first trilogy of his games: In Parade Putt-Putt has a more general adventure, Moon had a more sci-fi edge with Putt-Putt on a adventure out of the ordinary and Zoo was about Putt-Putt helping an establishment that's in trouble. So really Enters the Race is essentially a remake of Parade, Travels Through Time was sci-fi based like Moon was and Putt-Putt saves the Circus much like how he saves the Zoo.

So what could Putt-Putt do that's new? He could save a movie production that's in trouble (finding the actors that are lost, etc)..Putt-Putt goes to the Movies or something. Or he could also go to a fair and find it's in trouble (has to get the rides working, etc). So those would direct sequels to Zoo.

As for follow-ups to Moon or Time, it would be hard since Putt-Putt has essentially explored "space and time". So it would be redundant to just have him explore another planet or go in time to other time periods. So maybe Mr. Firebird could build an android and Putt-Putt has to help it learn about Cartown? Maybe introducing a villain into the series might open more story ideas.

You could easily follow up Race and Parade with another event in Cartown that Putt-Putt has to prepare to participate. Maybe you could use the Movies idea, and instead of it being a follow up to Zoo you could make it so there's a movie crew that's come to Cartown-- so Putt-Putt has to get ready if he wants to be in the movie they're making. Maybe you could even pick a role and have Putt-Putt get ready specifically for that-- buy a costume, get a face lift (jk haha!). That would open up alot of re-playability as well.

Another idea was "Fatty Bear's Christmas Celebration" (even though HE didn't have rights to Fatty Bear anymore).

Also, Pajama Sam's adventures to seemed to be focused on parts of his house (PJS1 = closet, PJS2 = attic, PJS3 = pantry, etc). So what about the basement? (Maybe when looking for hidden birthday presents?) Or his brother Mark's room?

I would be interested in a "darker and edgier" direction, aimed not at children, but at the older generation of HE fans, which are now teenagers and grown-ups (somewhat similar to Scooby-Doo Mystery Incorporated).

For instance, Spy Fox may now confront an Illuminati conspiracy/Lovecraftian cult that threatens the entire world's existence. Pajama Sam, now a teenager, can encounter the REAL horrors of the Darkness Land (similar to Stephen King's Pennywise) that he never knew about when he was a child (representing the darker aspects of subconscious).

Consistently, the storyline may be longer and the puzzles more hardcore and complicated, while still keeping many aspects of the trademark HE feel.

Another idea was "Fatty Bear's Christmas Celebration" (even though HE didn't have rights to Fatty Bear anymore).

Also, Pajama Sam's adventures to seemed to be focused on parts of his house (PJS1 = closet, PJS2 = attic, PJS3 = pantry, etc). So what about the basement? (Maybe when looking for hidden birthday presents?) Or his brother Mark's room?

Pajama Sam 5: Pajama Sam goes into his brother Mark's room and falls into "The Dubstep Land" where Mark is in trouble.

now if there's only a way that this could be a terrible great game somehow... 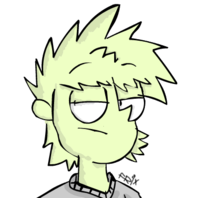 My brother has the tongue-in-cheek idea of "Putt-Putt Saves The World", where Putt-Putt saves Cartown from global warming.