When I was on the ScummVM datafiles page a few days ago, i noticed it lists Bear Stormin' as though it were a separate game. Was this an actual release, or is this just hidden inside Putt-Putt Goes to the Moon?

It's actually a separate game, with I believe some slight differences compared to the version within Putt Moon. IIRC, the grass has a scrolling effect. One thing it also has is a blurb at the bottom of the title screen that has the same ordering information as the DOS demos, so one theory is that it was a demo given away by Humongous in their early days. For the most part, the only place you can get it these days is through piracy, and I have no idea if there are even any original copies in existence nowadays. If there is, the ScummVM team likely has one.

It *was* available among the Scummvm demos. Seems to have disappeared though.

GeorgeQGreg wrote:It *was* available among the Scummvm demos. Seems to have disappeared though.

Well, this version of this game has some slight differences (as stated in Retrodude's post). Since I think it is convenient to download rare demo applications from websites, I must ask, why would the ScummVM team remove it from their website, despite the fact it's very rare? To me, it never makes sense to do that.

By that logic they should let you download many games. I'm sure they'd disagree...

Anybody know how to input these passcodes? 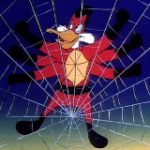 This game has passcode on the first level "kodiak marmoset". What is this? I don't know

I have a stand alone copy of Bear Stormin.

PrincessRaineVillanueva wrote:I have a stand alone copy of Bear Stormin.

Are you able to share any pics of this? I am very curious to see it.

PrincessRaineVillanueva wrote:I have a stand alone copy of Bear Stormin.

Are you able to share any pics of this? I am very curious to see it.

She probably means 'downloaded' rather than physical copy.

I was hoping it was some weird shareware disk.